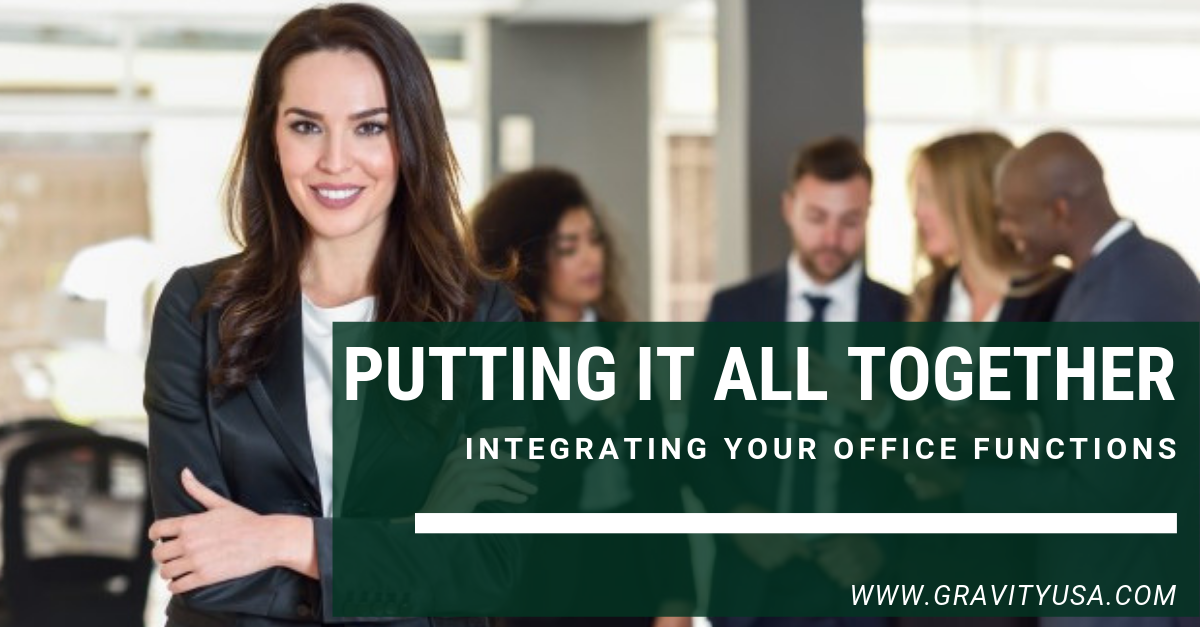 Putting It All together: Integrating Your Office Functions

Sometimes just keeping track of all the moving parts in your IT system can feel like an overwhelming, never-ending scavenger hunt. Your employees are all using different, unrelated platforms and apps for their email, calendar and other productivity solutions. Meanwhile, your various branch offices are struggling to stay on the same page with each other. Fortunately, our  Austin IT managed services team can straighten that mess out for you, thanks to our streamlined Gravity Office services. We can streamline your:

END_OF_DOCUMENT_TOKEN_TO_BE_REPLACED

Rapid technological advances have altered the landscape of business IT operations considerably in recent years. This is both good news and bad news for non-technical business owners who find themselves struggling to stay on top of all the latest developments, including the deluge of software updates, security updates, and other essentials. If you're one of those beleaguered decision makers, you may have heard of two outsourced solutions that can save you a lot of effort and confusion – software as a service (SaaS) and managed services. But if you're weighing one against the other for your organization, there are important differences between the two that you need to understand.

END_OF_DOCUMENT_TOKEN_TO_BE_REPLACED 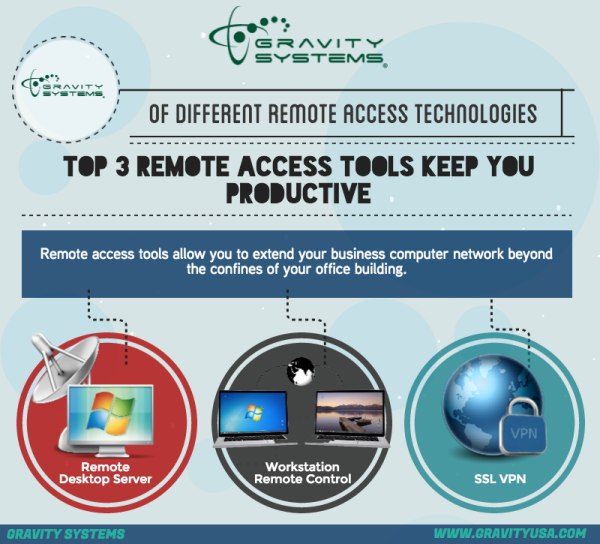 Remote access tools allow you to extend your business computer network beyond the confines of your office building.  If you have employees in remote locations, branch offices, or home offices, the ability to drive a computer and access shared files, ERP systems, or other resources in the corporate office can mean a huge boost to productivity.

END_OF_DOCUMENT_TOKEN_TO_BE_REPLACED

Choosing a hosting service: things to keep in mind

Almost all businesses have a website nowadays and find it is an important part of their branding and customer outreach strategy.  While the content, images, and layout of your website decides how the website is received, the speed and availability will decide the volume of traffic you get (and keep!). Your hosting provider, for the most part, controls the speed and availability of your website. This is the reason why you must choose a reliable web hosting service provider.

END_OF_DOCUMENT_TOKEN_TO_BE_REPLACED 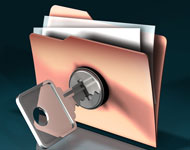 The United States Computer Emergency Readiness Team issued an alert today for a vulnerability on Apple iOS devices (iPhones, iPads) that has the potential to affect many users.  The attack, called “Masque Attack”,  allows an attacker to substitute malware for a legitimate iOS app.  Basically, the attack compromises a website you may visit from your phone or tablet and then pops up a window asking you to install an app to more easily use the site.  If you chose to install the app, it replaces the real app with a fake one that may actually work, but also steals your credentials and sends them to the attacker.

END_OF_DOCUMENT_TOKEN_TO_BE_REPLACED

Most common PC problems and how you can troubleshoot them: Part 1

PC problems are unavoidable. Whether you own a new laptop or have a decade-old PC at your workplace, you are most likely going to face some or other problem almost every day. In this blog post, we are going to highlight some such issues and will guide you on how you can resolve them.

END_OF_DOCUMENT_TOKEN_TO_BE_REPLACED

Firewalls: what they are and why you need them?

While the World Wide Web brings enormous opportunities, it also brings security challenges. Fraudsters are available across the globe; can access any data if its not protected well and can be misused, while these sounds scary, protecting from those spurious elements is easier than you thought. You just have to be a little vigilant.

END_OF_DOCUMENT_TOKEN_TO_BE_REPLACED

Desktop sharing – one of the wonders of the Internet

Whether you are working from home or need to access your work while you are travelling, desktop sharing can be the greatest boon for you. And what makes that work? Say hello to “remote login” a phenomena via which you can access even the hard drive of your computer remotely.

END_OF_DOCUMENT_TOKEN_TO_BE_REPLACED

We are continuing our Common IT Questions blog series.  Previously, we reviewed an application specific question on Quickbooks.  Today, we respond to the more system general question of updates.