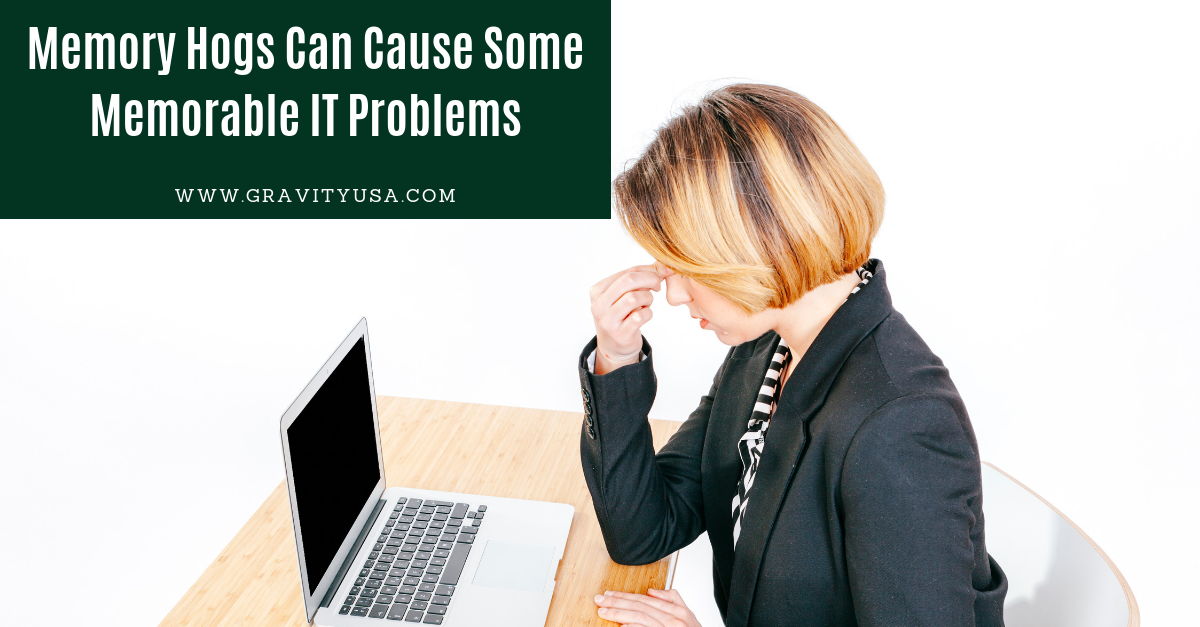 Memory Hogs Can Cause Some Memorable IT Problems

Even the most advanced, heavy-duty IT servers and workstations have finite memory limits. When that memory runs out, your computers can grind to a frustrating halt, wreaking havoc with your productivity. Certain programs are notorious memory hogs that won’t hesitate to gobble up your all your free RAM. Fortunately, there are things you can do to fight back against these memory hogs - and our Austin IT support team is happy to help.

Why and how does a program commandeer a computer’s memory stores? Programs typically use whatever memory they need to run until you quit out of them. But it’s all too easy to forget that you opened that application in the first place, so the thing just keeps running and running, eating up valuable RAM that could (and should) be allocated for other purposes without your even realizing it. It’s also possible for a program to lose track of how much it needs, causing it to draw more and more RAM until there’s nothing left. These issues, which are often the fault of bugs in the program code, are known as memory leaks. 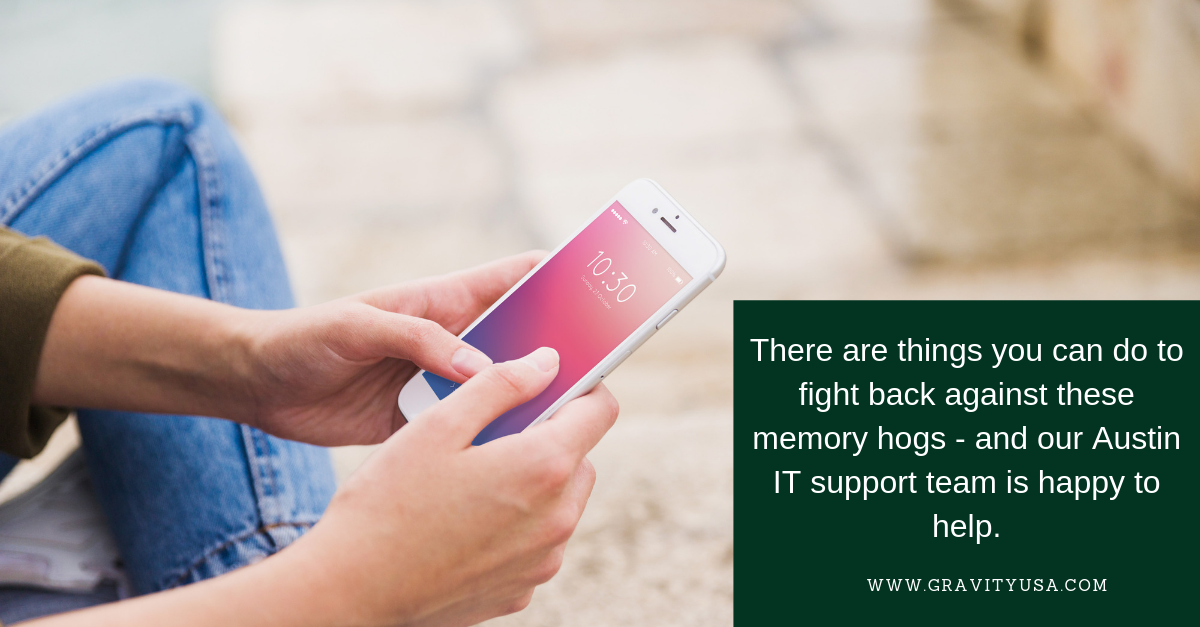 Sometimes your system’s memory issues stem from one program that insists on stalling multiple other programs and launching them without permission. Windows 10 is a notable example, often installing unwanted apps alongside critical updates and other desirable items.

How can you plug those holes in your system’s memory? For starters, you can get into the habit of checking to see which apps are open at any given time, closing apps you’re no longer using, and rebooting workstations every so often to clear out the RAM. Our team at Gravity Systems can equip with you program designed to help you regulate app usage or even recommend RAM upgrades as needed. So don’t forget to contact us about that memory problem!

Related Post : Encryption: How Much Do You Need, and What Are Your Options?