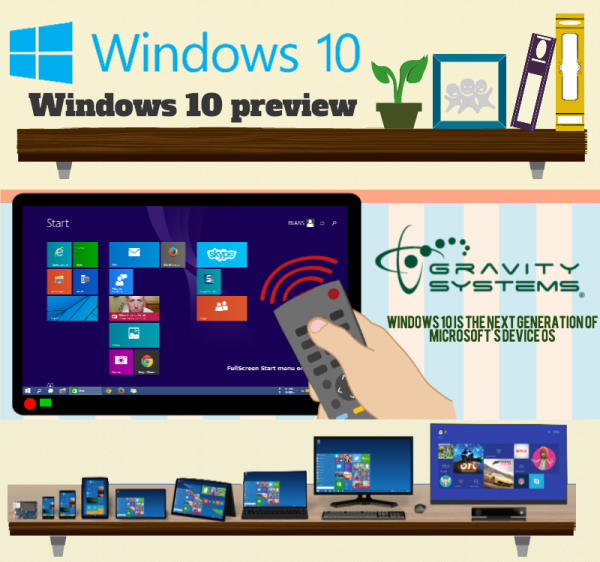 The preview of Windows 10 launched 10 days ago. The final version will launch sometime in the summer of 2015 and business users across the globe are waiting to see how it will compare to Windows 8. The RETURN OF STARTUP MENU is certainly a big, and welcome, change. Apart from that, the new version of Windows has many other features that you may come to love. Here is an overview of Windows 8 based on what we know now.

Startup menu is back

The startup menu is a default feature in Window 10.  However, if you prefer, you can keep full-screen start. The start menu is resizable. You can pin Live Tiles on the right side and on the left, you can see a list of recent applications, shortcuts, and search box that can also be used to issue commands. Documents and picture folders are also available on the left. Aesthetically, Windows 10 start menu looks like a blend of Windows 7 and Windows 8. 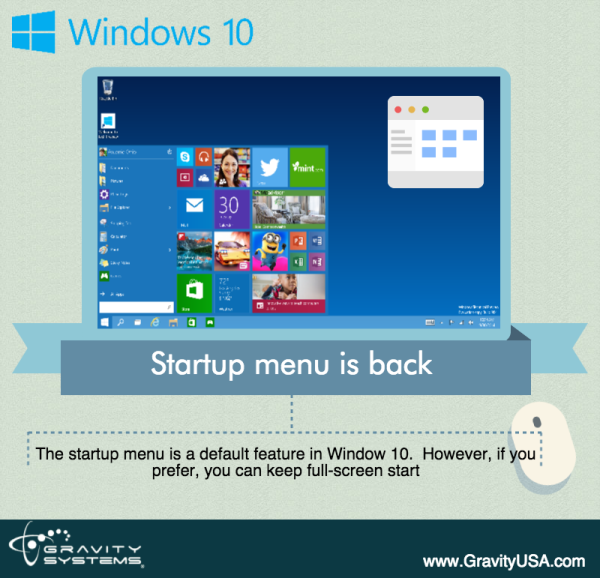 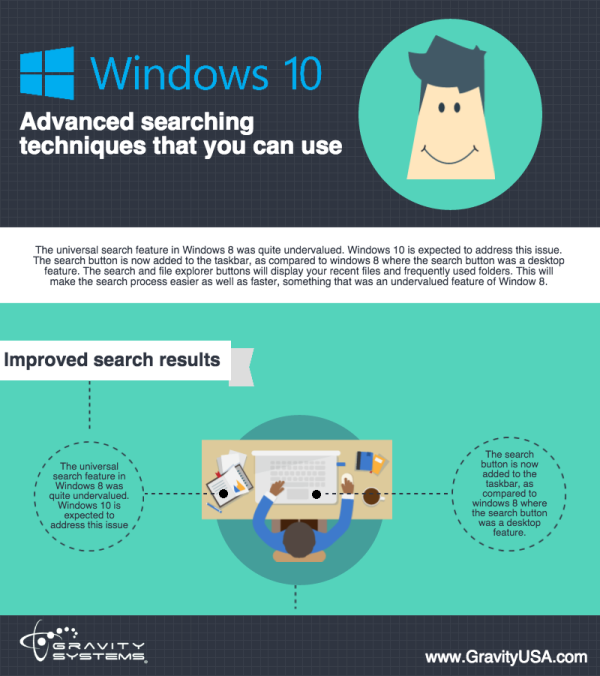 The universal search feature in Windows 8 was quite undervalued. Windows 10 is expected to address this issue. The search button is now added to the taskbar, as compared to windows 8 where the search button was a desktop feature. The search and file explorer buttons will display your recent files and frequently used folders. This will make the search process easier as well as faster, something that was an undervalued feature of Window 8.

Windows 10 aims at improving your productivity by making the exploration process easier and faster. To do this, it has improved the task view, which now allows you to create a kind of multi-monitor application, which you can use to access your files quickly and easily. ALT TAB is still available and can be used to quickly shuffle between multiple windows. A noted improvement that you can see in Windows 10 is the ‘Windows + TAB’ function that allows you to see an array of ‘virtual desktops’ i.e. virtual displays where you can access multiple apps instantly. So, instead of having too many open apps and files overlapping on each other on a single desktop, you can split them into multiple virtual desktops and can switch in between quickly and easily.

In Windows 8 snapping does nothing more than arranging two desktop apps on the entire screen. This, however, isn’t the case in Windows 10. Here, you can arrange four apps at a time, one in each corner. You may even spread them across the screen, as per your convenience. The thumbnails of your open windows will also be available on the desktop, thereby helping you access them instantly without rearranging anything.

Some more features of Windows 10 are:

Windows 10 tries to balance user demands (and STRONG feedback about Windows 8) and aims at providing something for everyone. However, the preview is not necessarily an accurate representation of the finished product; there are many unfinished and un-updated parts remaining. We hope the final version is a polished product that meets the needs of small businesses.

If you have any query about business IT support or need any help, please contact us.